Although my better half is C of I, she has quite a bit of republican family history.

The paternal grandfather, John Joe O'Brien  from Galbally in Co Limerick, was in this thick of things early on and participated in the rescue of Sean Hogan at Knocklong in May 1919. John Joe's brother Ned also took part, being wounded in the action and eventually making his way to the USA where he worked with Harry Boland. Jeremiah Ring, one of the policemen at Knocklong, later became a friend of and regular visitor to John Joe.

Ned and John Joe's younger brother William Patrick (aka Willie Pa) was arrested after the Easter Rising as a member of the Cobh, Co Cork Volunteers. He was sent to Wakefield and then onto Frongoch. Willie Pa died shortly after his release in November 1916.

Willie Pa and a number of his colleagues from Cork appear in the following blog :

One of the RIC men accused of mistreating Willie Pa at the time of his arrest was Sgt James Kingston. John Joe believed that he shot and killed Sgt Kingston at the fight at Annacarty in which Sean Wall was killed.

Of the men detained by the authorities after Knocklong, Edmund Foley and Patrick Maher were tried, found guilty and suffered death by hanging in Mountjoy Prison on the 7th June 1921. Immediately after their execution, the last man to be executed by the British in Ireland, Black and Tan Constable William Mitchell, was hung for his part in a robbery/murder in Co Wicklow.

Thomas Toomey's book "The War of Independence in Limerick 1912-1921" carries a good chapter about the Knocklong Rescue and touches on some of the exploits of John Joe and Ned O'Brien.

Both John Joe and Ned wrote Witness Statements for the Bureau of Military History.

We were able to visit the grave of Willie Pa, Ned and John Joe during the Knocklong Centenary Commemoration. 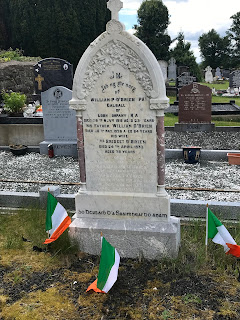 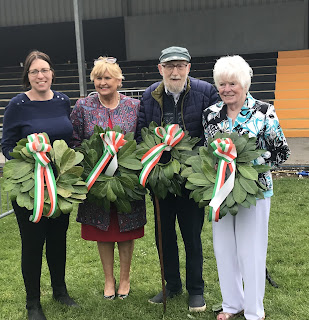 Stan O'Brien was one of the wreath layers at the Knocklong Commemoration.

Stan was able to complete a book about John Joe, Ned, Willie Pa, their family and friends. 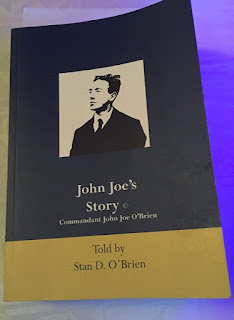 Email ThisBlogThis!Share to TwitterShare to FacebookShare to Pinterest
Labels: Knocklong 1916